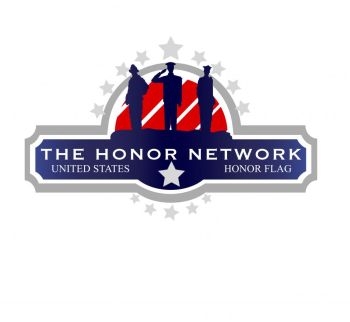 Shortly after the September 11, 2001 attacks, an American flag and a Texas flag were gifted to Chris Heisler by the Texas House of Representatives. A hand-written note thanked Chris for his philanthropic efforts with First Responders while working in the energy industry.

Like many Americans, Heisler felt compelled to take action during a horrific time for the United States, and with these flags in tow, he set out for Ground Zero to Honor the Heroes and survivors of 9/11. Along the way, Heisler helped to organize the nation’s largest convoy of First Responders in the history of the United States, bound for Ground Zero bringing many tokens of support together with other agencies, to our nation's Heroes. Heisler attended the Port Authority NY NJ memorial and wake in New Jersey. During the wake, Police Officers and Firefighters ripped off their shoulder patches and left them behind for the survivors. Heisler was inspired to leave something behind for the survivors, so he went to his vehicle and grabbed the two flags. Heisler returned to the wake and placed the flags on a table. Heisler was approached by a survivor of one of the Port Authority Officers. The survivor told Heisler that her husband was “vaporized” in the 9/11 attacks. The survivor challenged Heisler to keep the American flag and told him the spirit of patriotism would go away and people would forget. Heisler told the survivor that we, Americans, can never forget about the sacrifice of the Heroes. Heisler left the Texas flag behind for the survivors and returned to Texas with the American Flag and a commitment to do something for his country.

Heisler, 34 years of age, joined The U.S. Army in 2003 and took this American Flag to the battlegrounds of Iraq and Afghanistan. Heisler returned home to Texas in 2004, after being injured in Iraq.

American Airlines went bankrupt and merged with U.S. Airways in 2011. The Honor Network lost the relationship when the merger occurred, so we had to change how the U.S. Honor Flag would travel to continue its mission to Honor Heroes.  Chris Heisler went on the road, first with HonorONE, putting over 300,000 miles on this 2005 Chevrolet Silverado.  HonorONE2, a 2015 Chevrolet Silverado, was added to The Honor Network fleet and traveled over 250,000 miles Honoring America's Heroes through late 2017. The Honor Network decided too much money was being spent on road travel, eating out, and lodging. In October 2017, Chris and Cindy made two personal purchases which would change the way The Honor Network traveled.  InspireONE, a 2017 Chevrolet Silverado HD 3500, is the powerhorse for InspirationONE, a 2018 Grand Design Momentum 395M. InspirationONE is now the home of Chris, Cindy, their two fur babies, Major and Tater Tot, and the official transport vehicle of the U.S. Honor Flag.

The U.S. Honor Flag has traveled over 7 million miles, by ground, air, and even on NASA’s last space shuttle mission to Honor America’s Heroes. “Never forget” is our commitment to America’s Heroes.

A second set of gloves, known as "Hero" gloves, are worn by the fallen Hero, upon family approval.  These are white gloves with USHF embroidered in white.  These gloves are never used to handle the U.S. Honor Flag.

A third set of gloves, known as USHF "Founders" gloves, are gifted to rifle team members who perfect the 3 volley salute when Honoring a fallen Hero.  These gloves are black with USHF embroidered and gold.  These gloves are never used to handle the U.S. Honor Flag.

The Honor Network was founded on the conviction that every person who is committed in service to our communities and country deserves the support of every single American, and that an increase in American patriotism is vital in keeping our great nation united. 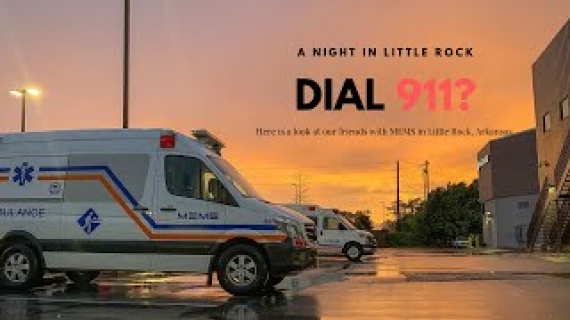 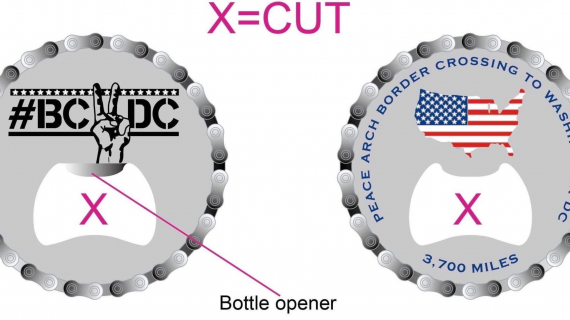 Cindy releases day 1 route of BC2DC!
by: The Honor Network 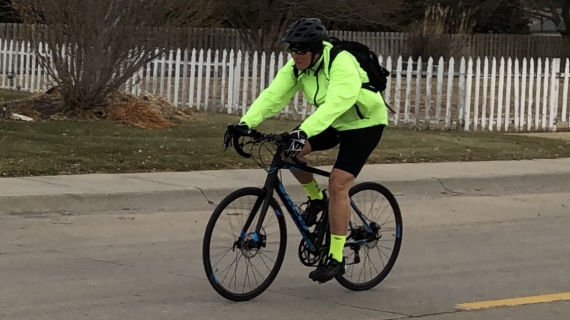 U.S. Honor Flag Chief of Staff, Cindy Heisler and her cycling partner, Roy Denley continue their training and fundraising as the Holidays approach.
by: The Honor Network 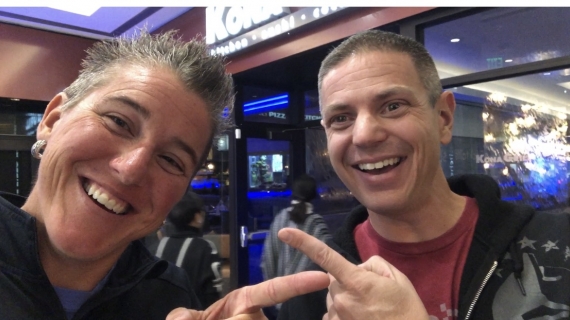 We are making progress! We have sold 3 #BC2DC jersey's and sent out more proposals this last week. With our crazy schedules, we are splitting efforts on all the tasks we need to accomplish.
by: The Honor Network 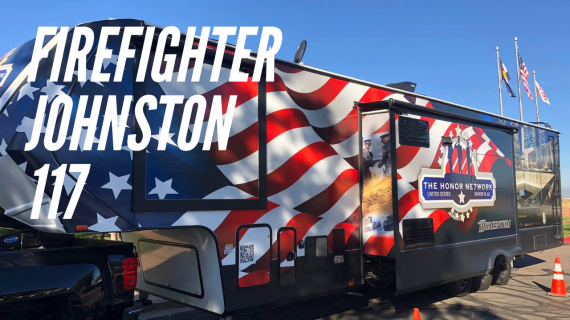 A volunteer firefighter was killed when his fire truck overturned on the way to a call. Michael Johnston, a member of the Equality Volunteer Fire Department (EVFD), was responding to a brush fire c
by: The Honor Network

Roy Denley talks #BC2DC and wants to know who your Hero is that we will ride for.
by: The Honor Network 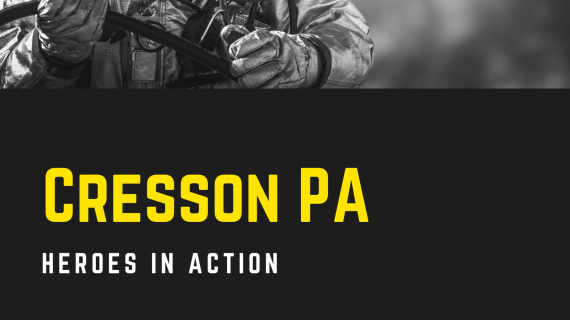 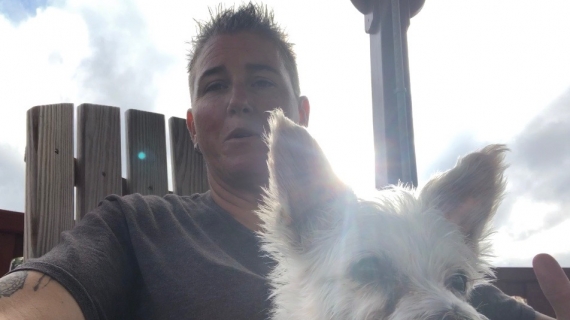 #BC2DC from the Grand Design RV Capitol Rally at the Cherry Hill RV Park in College Park, MD. We had an incredible time at the rally and met amazing people!
by: The Honor Network 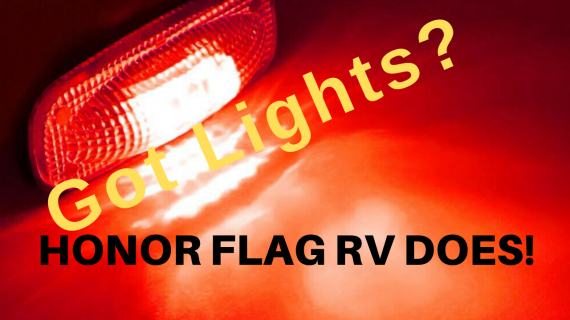 Thomas Ciaccio with Alternative Lighting N More installed additional safety lighting on InspirationONE! Thomas was one of the vendors at the 2019 GDRV National Rally.
by: The Honor Network 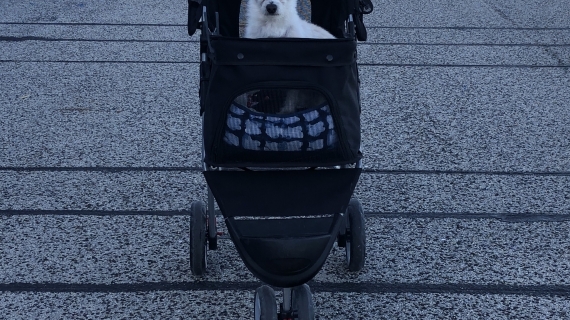 #BC2DC has initiated design on their first piece of merchandise, CHALLENGE COINS!!
by: The Honor Network 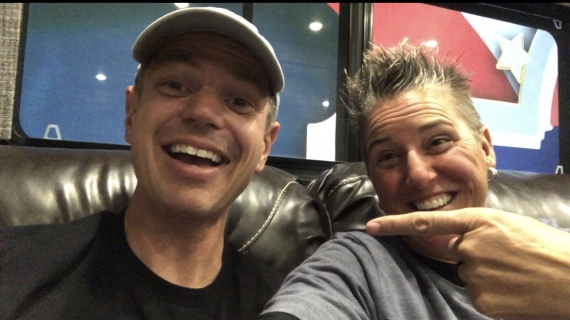 I am super excited to introduce you to the other #BC2DC rider, Roy Denley! We were able to meet up last week in Castle Rock, CO and spend a couple very productive hours together.
by: The Honor Network 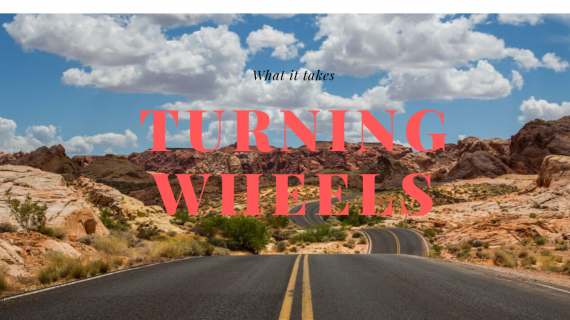 U.S. Honor Flag - What it takes to turn the wheels

In this video, Chris Heisler explains what it takes to turn the wheels of InspirationONE for U.S. Honor Flag missions and events.
by: The Honor Network