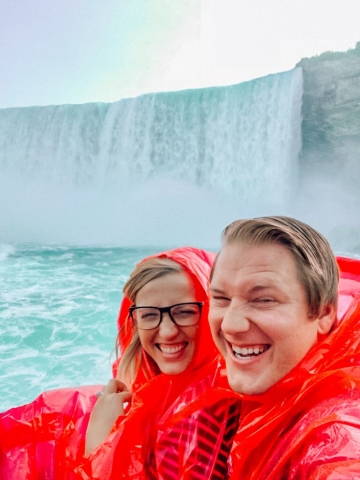 The post Why It’s Called a Fifth Wheel RV and the Many Benefits of Owning One appeared first on Getaway Couple.

Some may think of a fifth wheel as a similar term to a third wheel, generally meaning someone extra and unnecessary tagging along. You know, your single friend that still comes out on your date. Does that have anything to do with a fifth wheel RV?

Yes and no. We believe the more, the merrier, the safer. Plus can you really have too many “wheels” when it comes to a home that can be transported? We think not!

What Exactly is a Fifth Wheel RV?

When thinking of RVs, people generally think of them as all in one. For example, a motorhome or maybe one that is towed behind a truck. But a fifth wheel RV is different because of one main component – the U-shaped hitch.

This hitch is attached to the inside of the back of the tow vehicle, usually a truck bed. This additional point of contact inside the tow vehicle’s bed is what could be construed as the fifth “wheel”. Providing added support to the extra weight caused by towing a large home behind you. 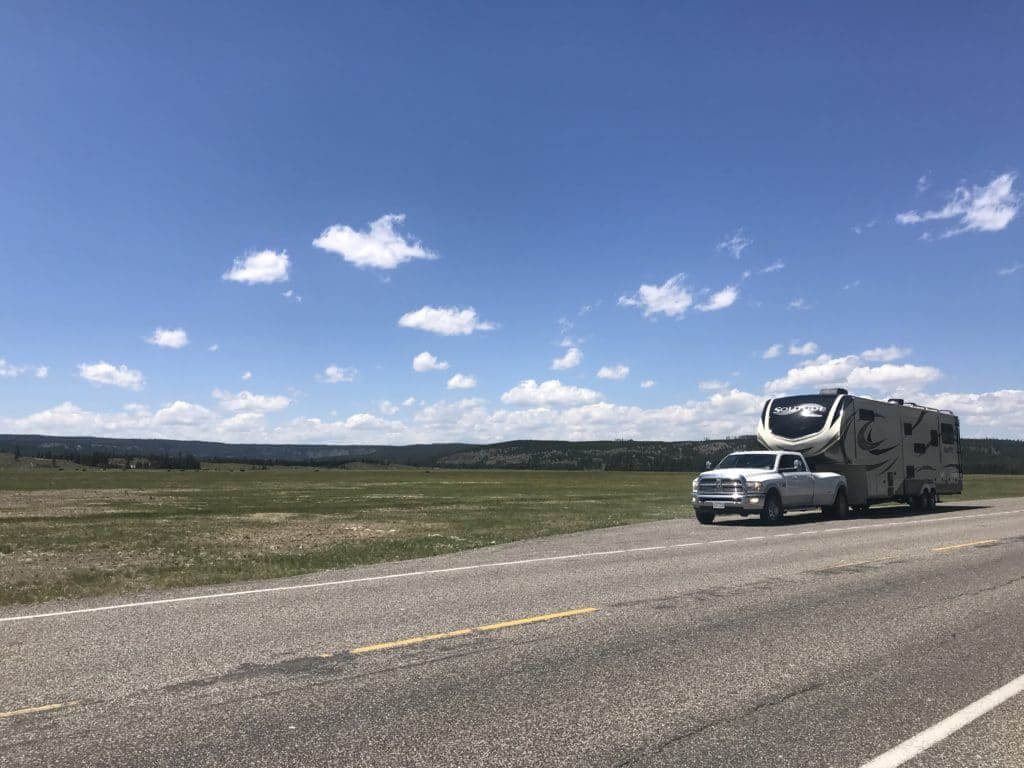 Where did the Term “Fifth Wheel” Come From?

In the 1800’s, horse drawn carriages actually had a fifth wheel. This fifth wheel was horizontal, allowing the front axle to pivot, giving it more flexibility and stability.  Although present day design with hitches doesn’t quite follow the same design, the value and the purpose still holds true, so the name has stuck around.

Benefits of a Fifth Wheel RV

Towing a travel trailer is fairly simple and can be done safely without much of a hassle. One of the many benefits of having a fifth wheel over a travel trailer is that the former is generally more stable. With their aerodynamic design and secure anchoring point in the tow vehicle, there’s less trailer sway. Many RVers will tell you there is a major difference between towing these RVs.

More of the weight on a fifth wheel compared to a travel trailer is centered between the axles of the tow vehicle, resulting in the center of mass being more forward on the tow vehicle, also increasing its stability and security. Personally, we love towing our Grand Design Solitude for these exact reasons!

Simply put, a fifth wheel can be a luxury apartment on the go. Options such as huge island kitchens with expansive ceilings, ample basement storage, multi-level rooms, and couches and chairs so comfortable, you’ll never leave your included big-screen tv, are not unheard of.

However, with a majority of fifth wheels also coming with a large picture window in the rear of the RV, you might at least be able to swivel your chair around for a view of the mountains that surround you.  Or maybe your picture window is right next to your luxurious king size bed, making breakfast in bed in a fifth wheel an event in itself.

Wherever that expansive picture window is, you’re likely to find one or more in a fifth wheel, creating the feel of even more space due to all the natural lighting that is allowed in.  No dark and dreary mornings here; sunshine is all the glory.

Fifth wheels will generally run you more than a travel trailer. However, you are paying for the cost of the comfort and luxury you want in your home on the go. When looking for a home for your family, don’t look for the cheapest home. Seek out the one that makes you feel safe, secure, protected, and cared for. The one that envelopes you like your favorite blanket.

A fifth wheel can offer that same safety, security and comfort. If you are looking for all that with luxury, then a fifth wheel RV is your best best for luxury for less.

There are many options when it comes to choosing between a trailer and a motorhome. But one of the best benefits of a fifth wheel over a motorhome is the ease of getting around. You park your fifth wheel RV, unhook it from your truck, and voila! You have safe and easy transportation at your fingertips.

Yes, a motorhome has everything you need in one place: a home and a car. However, when it comes time to head to the grocery store or a trailhead far from camp, it’s much easier to hop in your truck than it is to pack up everything in your motorhome. You would have to unhook, back out, drive, park, and then come back and set it all up again.

Yes, you can also tow a vehicle behind your motorhome (commonly called a toad). There are many options, but utilizing a fifth wheel gives you luxurious accommodations. You get a big and beautiful truck, space to be with family, and increased towing security and stability. That house with five “wheels” sounds like home.

Even way back in the good ole days of the 1800’s, those carriage designers knew that an extra tire was the way to design a piece of transportation. They were sure to include flexibility and security. While we may not actually have an extra wheel in modern-day fifth wheels, we at least heeded the wisdom of our ancestors and kept those extra “wheels” around.

Other Articles You My Enjoy 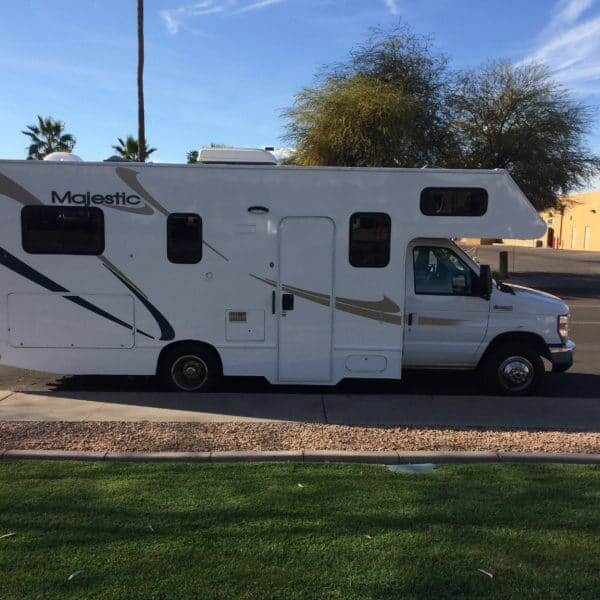 How to Find Overnight Parking at Walmart with Allstays App 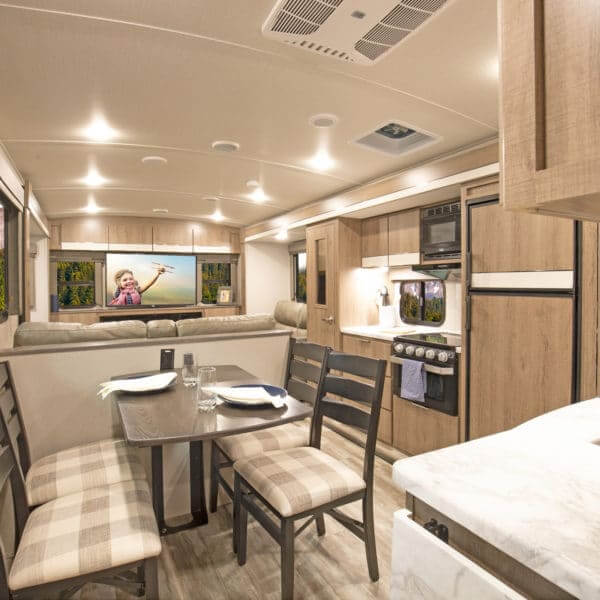 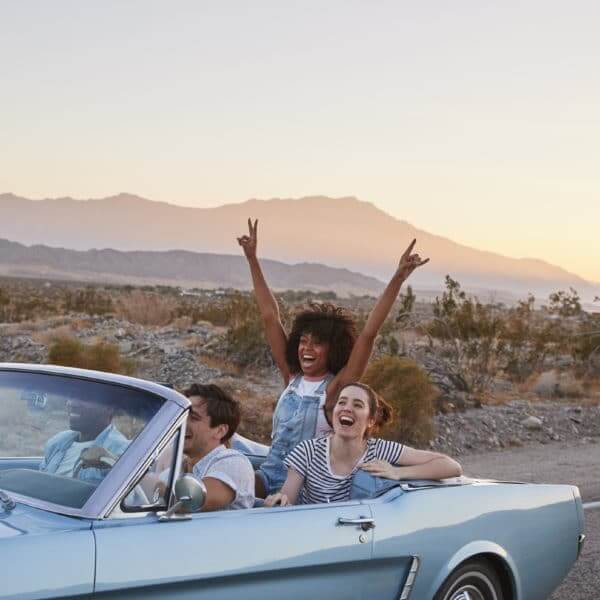 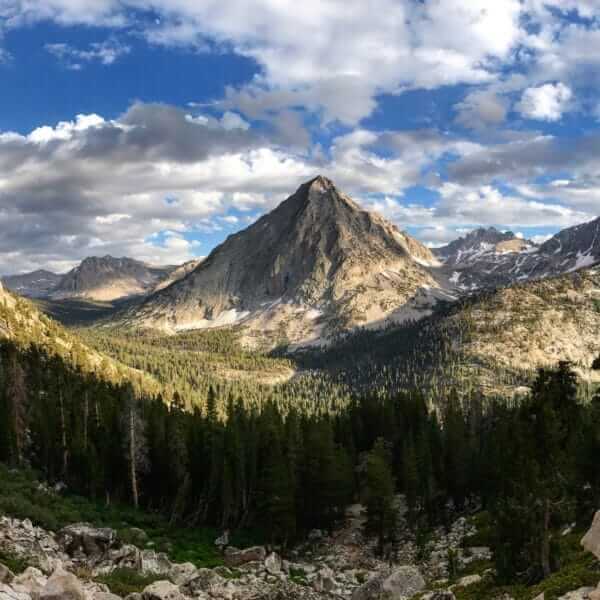 Where To Camp With Your RV in Kings Canyon National Park 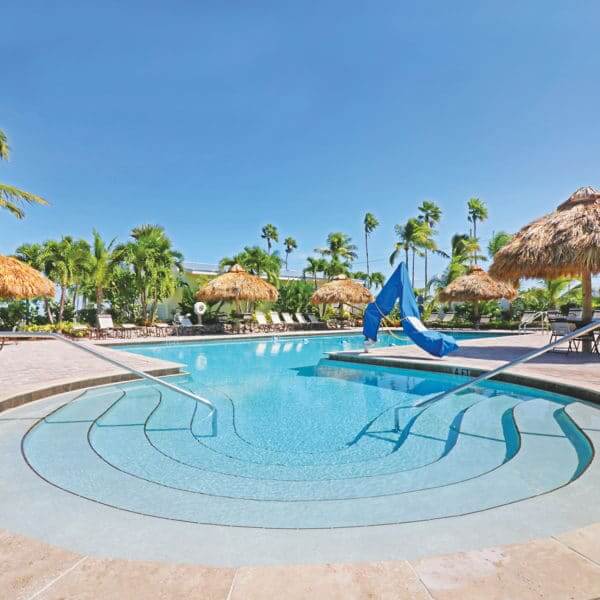 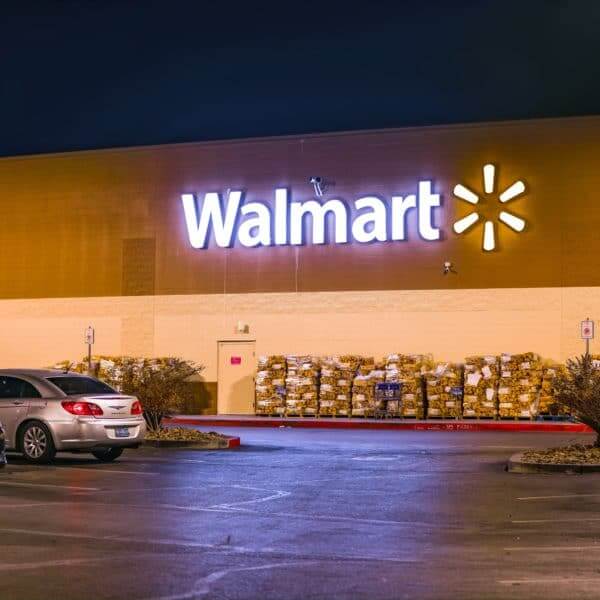