Our Embarrassing Attempt At Steelhead Fishing 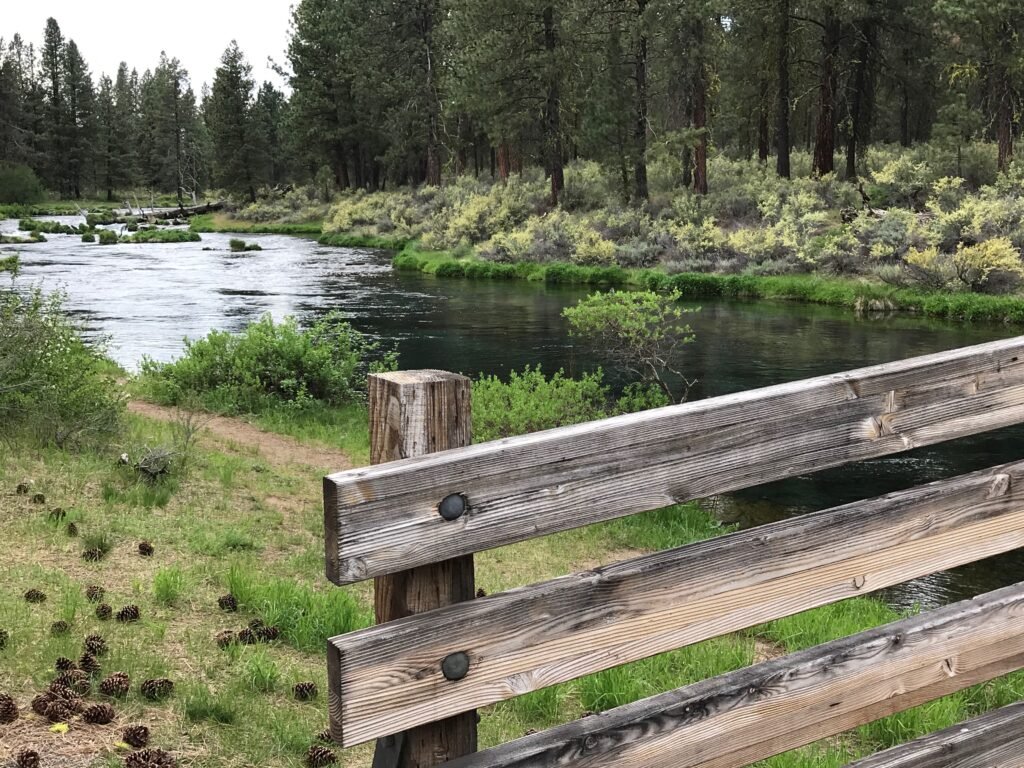 If you read Part 1 and Part 2 of my fishing tales, you probably have a sense of what’s coming next, but please recognize that I can only tell a few of the crazy stories that make up my whole fishing experience.

Some of my adventures just make me shake my head in disbelief. Some others are a little maddening or a little disappointing, but most are just a huge embarrassment.  Most of the time I brought the embarrassment on myself, but in this next story, the credit goes to my friend, Lori.

Taking our place on Hood River

A few years after the Hagg Lake fiasco (explained in Part 2), Lori and I went steelhead fishing in Hood River, Oregon.  She had grown up in the area and knew the river well. The fish were “running,” and we had high hopes of catching a few big bright steelhead. 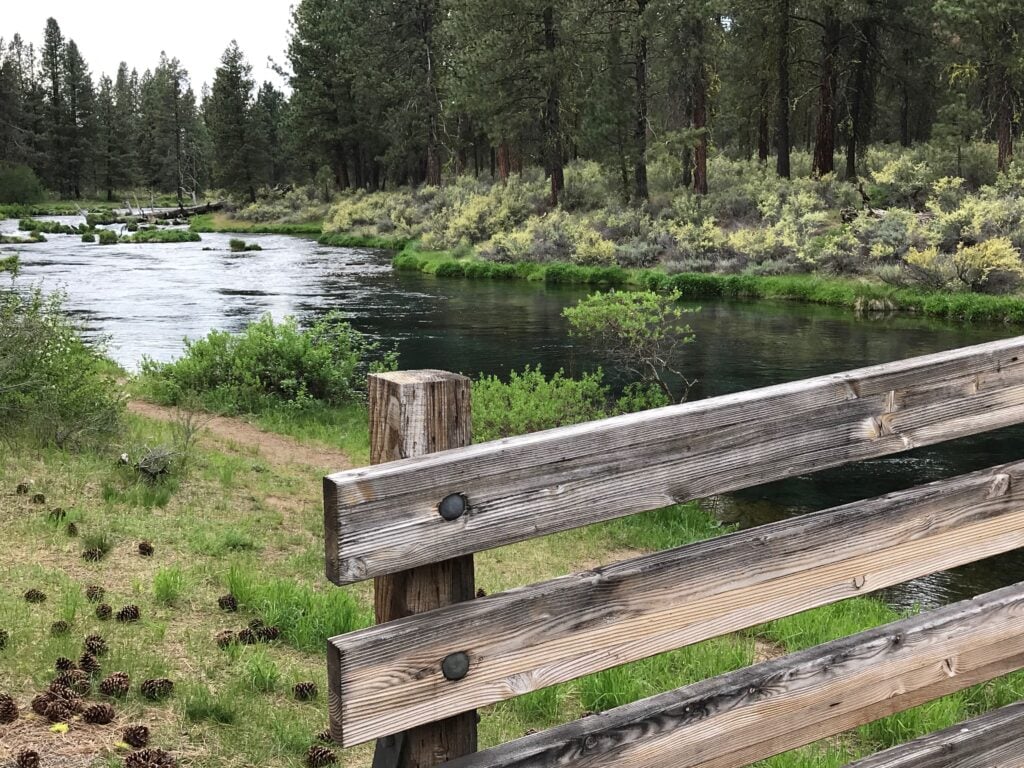 A tempting new place to fish in Eastern Oregon. Photo by Peggy Dent

Like I said before, fishing is like gold fever. You always have high hopes in spite of all the evidence to the contrary.  But when we got down to her favorite fishing hole, there were 4 other fishermen already fishing in that spot.

I personally hate crowded fishing, so I went upriver to find a less populated fishing hole. Lori, however, stepped right in between these guys and began casting her line in the same rhythm as the rest of them.  Their perturbed and condescending looks did not go unnoticed.

I was fishing by myself a few hundred feet upriver when after only about 20 minutes, I heard Lori yell, “fish on!” I quickly retrieved my line and ran as fast as I could to her location to get the net.

The looks on the guy’s faces had changed. They seemed less perturbed now and just a little curious.  I think they were a little uncomfortable and just wanted to dismiss her success as a fluke or beginner’s luck.  None of them said anything but they had taken notice. She lost that fish before she landed it. 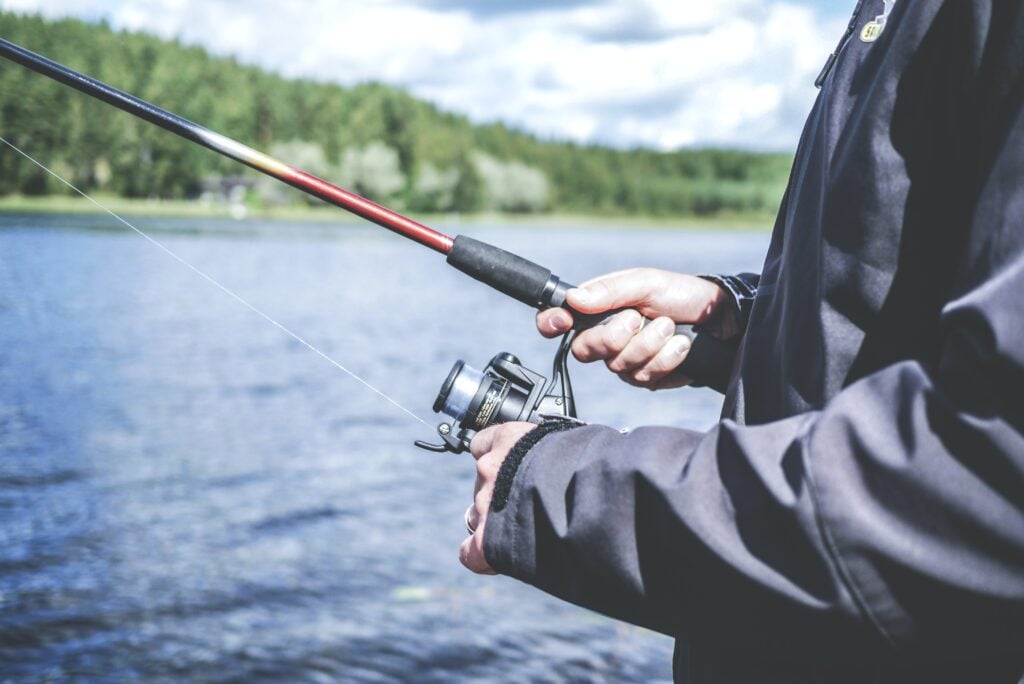 I went back upriver to resume fishing but about 10 minutes later I heard her “fish on” cry again, so I ran to help her net the fish.  Now the men standing on both sides of her had a different countenance.

Their original attempt to dismiss her as not a real fisherman provided no explanation for why she had hooked two fish, while none of them had hooked any.  She was able to land that fish, but it was dark, indicating that it was late in the fish’s spawning cycle and not suitable for the oven or barbeque.  She released the fish back into the stream and I went back upriver.

As I walked away, I heard the guys talking with Lori about her tackle and bait and they were reluctantly beginning to show her a little respect.  They didn’t know Lori the way I did. I knew something else was coming. With Lori and I, it was only a matter of time before one of us demonstrated what terrible fishermen we really were.  It was usually me, but this time it was going to be Lori.

Now they were taking notice

After another half an hour or so, I again heard Lori’s familiar “fish on” call.  I dropped my pole and headed back to where she was fighting a big steelhead to bring it to shore.

By now the men were in awe of her fishing ability.  They had seen her hook three fish and even though they were all standing right beside her, they had hooked none.  A couple of them had even switched their gear to match hers. She was clearly conducting a class on how to fish Hood River.

She fought this beautiful bright steelhead to fatigue and surrender, and I was eventually able to net it. She took it about 20 feet away from the river, removed the hook, and smacked it on the head to end its life and suffering as she intended to turn it into some barbequed steelhead steaks when she got home.

In the process of all that, the fish had become covered in sand and she wanted to rinse it off before putting it in her catch bag.  We were both cleaning up and hanging around happily talking to each other and trying not to gloat over her success, but we were both enjoying the fact, that for once, we had earned the respect of these other fishermen. 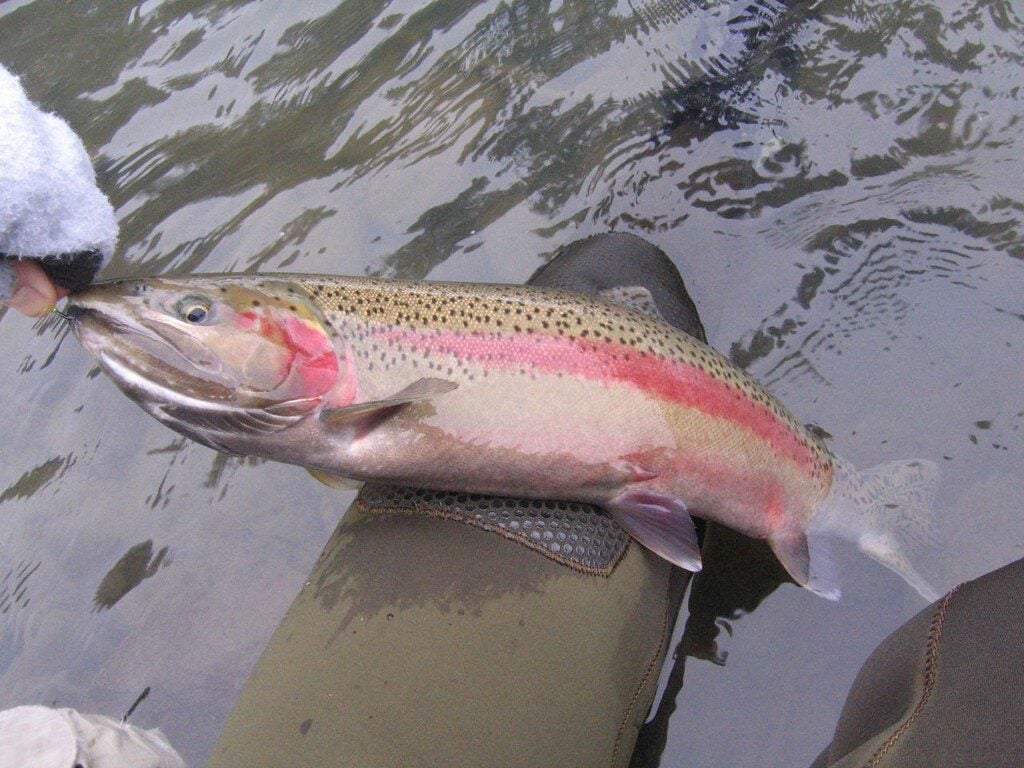 We were chuckling as we walked back down to the river where Lori leaned down to rinse off her dead steelhead, but apparently, the steelhead only had a concussion. The cold water instantly revived it, and it quickly slipped out of her grasp and swam under a nearby rock.

Our poise and confidence vanished. She started screaming and grabbed her net that was lying close by. I immediately jumped into the river and was standing waist-deep downstream, in the fast-moving cold water, to try and head off the escape of the fish.  We were both screaming at each other, thrashing around in the river, jabbing the net in and out at the bottom of the rock, and making a complete raucous as we attempted to recapture this once-dead fish.

Whatever respect we may have garnered from the other fishermen was gone the instant the fish slipped away, and we made complete idiots of ourselves trying to recapture it.

We were wet, cold, embarrassed, and eager to get out of there. Again, I had no dry clothes with me. You’d think that I would always put dry clothes in the car whenever I went fishing with Lori, but I always thought this time we won’t make fools of ourselves and I won’t need them.  But I always did.   As we gathered up our gear and walked up the path to the car, we could hear the guys down on the river laughing, and well, I guess we deserved that.

By this time in my life, I was beginning to think I might actually be the world’s worst fisherman, but I wasn’t willing to admit it just yet.  I still had several years of missteps and mishaps, lost gear, embarrassing moments, and lots of frustration before I would concede to the facts.

The post Our Embarrassing Attempt At Steelhead Fishing appeared first on RV LIFE.