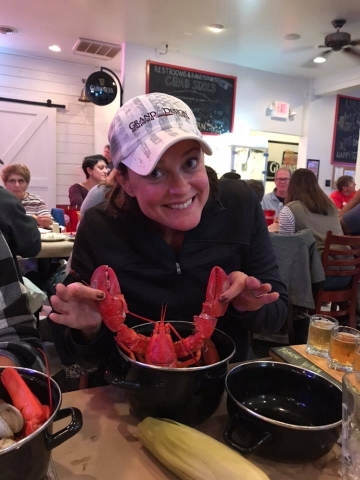 What a great time was had at this years TN Owners Rally! We stayed at the same campground we stayed at last year, Deer Run Campground. This year I was sans children….. which made for more socialization, which I found to be a lot of FUN! I still missed my babies and my fur baby penny… oh and my husband LOL. Another year we celebrated our wedding anniversary apart since I was workin.

There were approximately 75 units on site and multiple vendors. The food was yummy… the seminars were excellent and the people were amazing! So many owners who were inquisitive about all aspects of RV life, and many that were able to answer questions that I would have never dreamed able to answer. I think I need to brush up on some of those!  This year I again stayed in a cabin, but was not in it very much. I did get a flat tire (BOOO) but the amazing Grand Design service techs were able to plug it and repair it so I could get home safely. Many campfire chats took place at campsites and around the Camping Connection campfire (which was a pretty good fire, if you ask me….). We sat and chatted with many owners and some of the other vendors and GD employees. There were 2 nights of bingo (and NO I did not win a thing), as well as a cornhole tourney…. and NO I didn’t win that either….  There was also an extremely loud BOOM…. which we are learning may have been a transformer blowing, and an extremely low flying helicopter. I personally thought it may have been aliens….   it was kinda creepy!

So many pups were able to attend this years rally and I was able to get some decent pics. They are just the sweetest. Especially my little Toby Bear buddy. He and I first met in Goshen at the GD Owners rally in August. He has grown a little….  but is still as sweet as can be! Just love him and his owners to pieces!

This year I met Browning. The most amazingly well-trained chocolate lab I have ever seen. He was such a sweet boy and has the nicest dog parents! Sure hope our paths cross again as they were a lot of fun! Of course I had to love on Browning a little. I spent Saturday evening with them and we had a lot of laughs that’s for sure!

All in all, this was a very successful rally! I think that everyone had a great time, the service techs did a great job both from Camping Connection/LCI and Grand Design. Everyone dealt with the heat we had (high 80’s and 90’s all week!), and the rally organizers did a great job. So many people were engaged and just plain enjoying themselves and the camping lifestyle! I have some things to take away and bring back to the team here…. which I am excited about! Til Next year TN…..  Enjoy the pics!